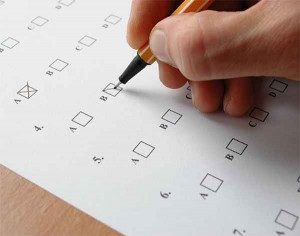 The law states the need to prove the knowledge of the language with reference to two ways of acquiring the Italian citizenship provided by the law n. 91/1992: marriage and naturalization, for which the possession of an Italian language certificate is required for a level not lower than B1, which is equivalent to the “pre-intermediate” level provided by the European Framework of Reference.

The decision to formalise the required level of knowledge and link it to the Common European Framework of Reference for Languages appears to be in line with what has been established in the majority of other European countries and yet, the legal provision appears to be open to criticism for several reasons.

First of all, the subjective scope of application of the law is problematic, since – although the language requirement for requests for citizenship by naturalisation may be acceptable – it is not the same for the hypothesis of marriage, since the legislator seems to place an excessive obstacle to the achievement of the objective behind this form of acquisition of citizenship, i.e. that of family unity.

In the Italian legal system this rule appears to be even more problematic if one considers that, according to Article 5 of Law No 91/1992, citizenship can be acquired even without residing in Italy, after at least three years of marriage, a period halved in case of children. In this case, the need to prove knowledge of the language could prove to be a significant obstacle to the acquisition of the Italian nationality, especially in reference to those households where Italian is not the main language of communication, as is likely to happen when residence is established abroad.

Moreover, while for EU citizens the provisions of Law no. 91/1992 require the demonstration of a level of knowledge equal to B1, the level required for those who have signed the integration agreement or are in possession of a long-term EU residence permit is lower, equal to A2, and ends up producing a paradoxical effect since it makes the acquisition of citizenship more difficult for EU citizens than for non-EU citizens.

Finally, it is worth noting that the legislation lacks provisions exempting individuals who, because of their disability, are unable to meet this requirement.

In conclusion, the introduction of such a requirement entails an additional burden for the applicant, without being balanced by a lightening of the other conditions required by law for the acquisition of citizenship or by the reduction of the discretion of the public administration; it remains for the latter to assess the level of integration of the applicant and to reject the application if, on the basis of the elements in its possession, it should consider the individual unfit to receive the recognition of Italian citizenship.