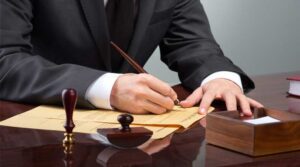 In countries such as Brazil, Argentina or the United States, where the waiting lists at Consulates for the examination of applications for the recognition of the Italian citizenship are very long, it is possible that it can take years before a citizen is granted citizenship.

The unreasonable waiting time for processing applications has been the subject of several court rulings in Italy.

Lastly, the Court of Rome, in its ruling of 10 December 2020, ruled on the matter, accepting the appeal of a number of Brazilian citizens who had challenged the silence of the public administration even though the minimum two years required by law had not yet elapsed since the submission of the application to the Consulate.

The Court reiterated that the application for citizenship is to be considered urgent, since it is aimed at protecting a fundamental right, and that the passage of an unreasonable period of time therefore represents an impairment of the interest claimed by the citizens.