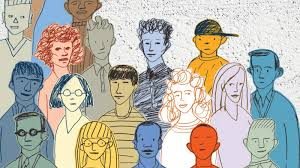 On 27 October 2017 the citizens’ initiative legislative proposal of the “I was a Foreigner” campaign (“Ero Straniero”) was filed in the Chamber of Deputies with over 90,000 signatures. Following the typical approval process, it is currently being examined by the Constitutional Affairs Committees of the Chamber of Deputies.

The bill has been lunched by Radicali Italiani with its leader, Emma Bonino, together with “Angelo Abriani” House of Charity Foundation, ACLI, ARCI, ASGI, Centro Astalli, CNCA, with the support of hundreds of mayors and organizations involved on the immigration front, including Caritas italiana, Migrantes Foundation, Community of Sant’Egidio, Federation of Italian Evangelical Churches, CGIL, Emergency and many other local associations.

The aim of the proposal is to overcome the current model of immigration management in Italy and the legislation establishing the criteria for entry and residence of foreign persons in the country, with the result of adapting the current laws on immigration rules more closely to the real dynamics of the Italian society and its market labour.

These are the key points of the legislative proposal: the introduction of a temporary residence permit for the search for employment through the activity of intermediation between Italian employers and non-EU foreign workers; the reintroduction of the “sponsor” system already tested with a pre-existing law; the regularization, on an individual basis, of foreigners who find themselves in a situation of irregular stay, provided that it is possible to prove the existence of a working activity in Italy, the presence of effective family ties on the territory or, the absence of existing and concrete ties with the country of origin, on the basis of a model already adopted by Germany and Spain; a reception system for asylum seekers and refugees that is spread throughout the territory in small numbers and aims to strengthen the link between territory, reception and inclusion; new inclusive measures through work for asylum seekers and refugees; the introduction of new standards for recognising the professional qualifications of foreign nationals; the active and passive electorate for local elections for foreigners holding long-term residence permits and, eventually, the abolition of the crime of “clandestinità”, provided under article 10 -bis of the Legislative Degree 25 July 1998, no. 286 (so called Testo Unico Immigrazione).

Among the 8 articles of the legislative proposal, the most interesting ones are Articles 1 and 4. Article 1 adds three new articles to the Testo Unico Immigrazione:
• Article 22-bis, which establishes the temporary residence permit for job-seekers, provides that public and private entities that are already provided for by the law (such as employment centres and private employment agencies), provided they have suitable facilities abroad, may work alongside the chambers of commerce and the diplomatic representations abroad in order to facilitate the meeting between the demand for work by Italian companies and the supply by foreign citizens;
• Article 22-ter restores the system of the “sponsor”, also by private individuals, for the inclusion in the labour market of the foreign workforce, by guaranteeing adequate financial resources and the availability of an accommodation for the period of stay in the territory, primarily facilitating those who have already had previous work experience in Italy or have attended Italian language or vocational training courses;
• Article 22-quarter, establishing the residence permit for proven integration, provides for the regularization of irregular migrants, including asylum seekers whose request of international protection has been rejected, if they can prove to be well-established in the Italian territory and fully integrated with the civil and social national environment. Such a condition may be inferred from elements such as the availability to work, the degree of Italian language’s knowledge, the attendance of professional training courses, family ties or any other behaviour able to demonstrate a stable link with the territory they live in.

In the light of the immigration system described above, where it is the labour market to establish the actual need of foreign workers according to the actual demand, Article 4 proposes the abolition of the quota system.