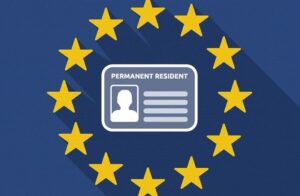 With the adoption of this EU legislation, the new uniform format for residence permits has been approved. It will replace the format currently in use and will innovate with more modern security features, thus reducing the risk of counterfeiting and forgery.

Among the novelties, there is also the one concerning the duration of the unlimited residence permit (former residence card). In fact, unlike the pre-existing model, the new permit will no longer carry an unlimited duration of the right of residence, but rather a ten-year validity of the physical document.

However, it should be pointed out that it is only the material support of the permit that is subject to the temporary ten-year limitation and not also the right of residence of the non-EU citizen in Italy, which remains indefinite, as also specified in the new Ministerial Circular no. 400/C/2021.

As regards the old unlimited EU permits, the Ministry of Interior clarified that electronic residence permits issued using the previous model will remain valid until their expiration or replacement by the new model.