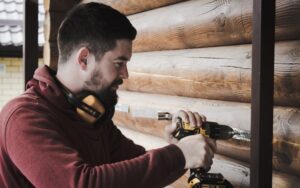 How many foreign workers are there in Italy?

As of January 1, 2022, Italy has about 5.2 million foreign residents (both from UE and Extra-UE), ranking slightly above the European average in terms of foreign incidence in the Italian population (8.4 percent). It follows Spain (11.3 percent) and Germany (12.7 percent). In recent years, the growth of the foreign population has slowed down, both due to a reduction in migration flows influenced by the flow decree, which places ceilings on entry into Italy, and the substantial number of new citizenships issued (ISTAT).

The history of immigration in Italy follows geopolitical events and changes in Italian regulations managing migration flows. In recent times, we can see how the foreign population in Italy is largely a consequence of humanitarian emergencies, with arrivals of foreign citizens in search of international protection. Applications for residence for family reasons are also on the rise: compared to the early 2000s, entries for work reasons have halved in favor of family reunifications, which suggests a stabilization of foreign families in Italy and a consolidation of their presence in the territory (ISTAT). 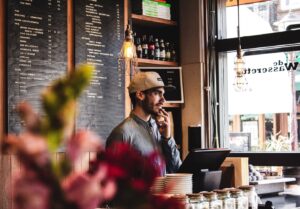 Studies on migration flow identify a favorable employment complementarity of foreign workers compared to native workers. This complementarity would therefore have a positive impact on the Italian labor market. The human capital of immigrant workers is critically important for the country’s development and economic growth, yet the increasingly high educational standards of immigrants in Italy often do not match the types of unskilled work they perform, thus greatly limiting their potential contribution.

Moreover, informal labor remains a real issue that negatively affects the market balance and working conditions of both foreigners and Italians.

It is needed for the state to encourage better matching between the needs of businesses and the skills of workers, as well as to speed up the time it takes for immigrants to integrate and contribute effectively to the development of the Italian economy (which is often very different from their home economy), to generate more value faster.

How is the job market in Italy for foreign workers?

The pandemic has greatly impacted foreign employment in Italy, as well as in the EU as a whole. Immigrants are those who have suffered the most from job losses, mainly because the hardest-hit sectors of employment have been the hotel and tourism sectors. However, by early 2021, the situation has improved significantly and immigrants’ employment in Italy had almost returned to pre-crisis levels. This is given both by the employment protection interventions put in place during that period, but also by the ability to move from declining sectors to growing sectors, such as ICT (Information Communication Technology).

Currently, the sectors that numerically still have the majority of foreign workers are personal services, industry, hotels and restaurants, trade, and construction. A substantial incidence of extra-UE workers over Italian workers is also found in the transportation and warehousing and agriculture sectors (lavoro.gov.it).

For both Italians and foreigners in the first trimester of 2022, the number of employed people increased, and for foreigners more substantially. Among foreigners, the growth in the employment rate (+4.6 points) and the decrease in the unemployment and inactivity rates (-2.7 and -3.2 points) are more intense than for Italians (+2.9 points, -1.8 and -1.8 points respectively).These data and trends bode well for the future (ISTAT). 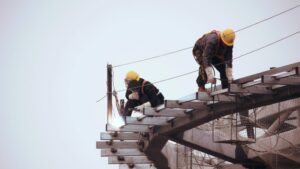 How can a foreigner work in Italy?

For non-EU citizens, it is necessary to obtain a visa to work in Italy. The type of visa depends on the type of work being pursued, whether or not there is a job offer from an Italian company, or whether the person has specific qualifications. Depending on the specific case, some visas may fall under the restrictions of the flow decree (such as the seasonal employment visa or the startup visa) or not (such as the Blue Card or the Golden Visa).

One option that allows the entry of non-EU workers into Italy by getting out of the restrictive logic of the flows decree is precisely the Blue Card. This is a visa that enables the hiring of extra-EU workers with a post-secondary higher education qualifications. This type of visa and residence permit intends to meet the need – mentioned earlier – to optimize the matching between the needs of Italian companies and the skills of workers, enhancing the role of the latter and their contribution to the Italian economy.

Unfortunately, to date, the Blue Card is little used at the European level. In the period 2013 – 2020, just 80,000 visas of this type were issued throughout the EU, accounting for 1.3 percent of total visas overall. In Italy, the percentage of Blue Cards in the same period is only 1 percent, with a total of 2,131 issued (lavoce.info).

The hope is to increase more and more the use of this type of visa, which would help solve some of the problems related to immigration to Italy previously mentioned.

To obtain a Blue Card, it is necessary, precisely, to have the necessary professional and educational qualifications and to have a job offer with an Italian company.

Obtaining the visa allows you to apply for the relevant work permit and work legally in Italy. The Blue Card has a duration of 2 years and is renewable. Discover more on Blue Card here. 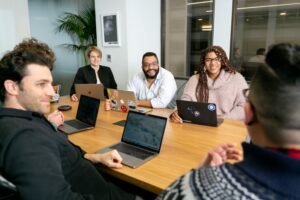 Does an extra-UE citizen need sponsorship to work in Italy?

All Visas and Residence permits based on an employment offer need a sponsor: the employer, who is the stakeholder applying for the first necessary pre-approval from the competent Immigration Desk of the Ministry of Interior.

All visas for family reunifications also require a sponsor: the family member already residing in Italy, who has to apply for the necessary pre-approval from the competent Immigration Desk of the Ministry of Interior.  However, the intervention of the sponsor is not requested when the family member who has to reunite with the person already legally residing in Italy does not need a visa to be in Italy regularly for 3 months based on a visa exemption for short stays. In such case, the person reuniting, once in Italy based on his/her simple passport, can apply directly for the residence permit without the need for any intervention by the relative living in Italy already.

Other types of visas, such as the Golden Visa, which is granted to investors in an Italian capital company, do not require a sponsor.