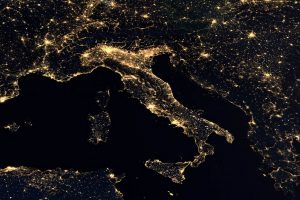 The 2020 won’t be a good year for Italian economy, since it will push Italy into recession. This is the provision made by Standard & Poor’s Global rating agency, according to which Italy’s GDP will contract by 0.3% this year, compared to +0.4% forecast in December in the baseline scenario. However, the coronavirus represents a threat for the whole Eurozone economy, due to these new restrictions, which will penalize the exportation of good and services and the tourism.

S&P explains that a contraction in GDP is possible in the Eurozone in the first three months of the year and will be particularly pronounced in Italy, where the epidemic has occurred. According to S&P “a U-shaped recovery in activity is expected from the second quarter of the year, but it is estimated that it will be fragile as the situation is constantly evolving and it is difficult to predict in which areas activity will fall or recover”.

However, the Italian economy could rebound more strongly in 2021. In fact, S&P Global ratings economists estimate growth of 1% compared to +0.6% forecast in December. For the Eurozone as a whole, on the other hand, the increase should be 1.5%, an improvement of 0.3% compared to the previous +1.2%.

In terms of Immigration by investments, Italy could be interesting for all the foreign entrepreneurs willing to enter in the European market with vantages measures, since their activity could rebound in the 2121 as well as the Italian economy. In fact, in order to fight the current crisis, Italian government should do whatever it takes for its economic policy and implement vantages fiscal and administrative measure to attract investments in Italy.

Foreign investors willing to establish their activity in Italy could benefit from different kind of Visa by investment in order to relocate themself here. Investor Visa and Startup Visa allow them to chose the investment the most suitable for them to come to Italy.

In fact, according to Istat data of 2017 the foreign investments proved that the multinational enterprises were around 15.000 units in Italy even before go the introduction of the Investor visa and provided for around 1 million Euros and 350.000 employees, generating a turnover of around 572.,3 milliards of Euros, which amount to around 17% of the national turnover.

Foreign investment in government bonds after the abrupt exit in November 2019, recording a record after the issuance by the Treasury of the new 30-year-old BTp, attracted investors from around the world. The BTp September 1, 2050 and coupon 2.45% (ISIN: IT0005398406) went literally roaring. Placed for 7 billion euro, it recorded orders worth 47 billion, hesitating a yield of 2.50%, having been issued just below par, to be exact at 99.28. An important aspect concerns the origin of the assignee investors: 68.1% are foreign, the remaining 31.9% are Italian. Long-term forecasts for the European economy continue to be positive despite a period of physiological short-term negative inflection to the global emergency period.

Finally, the UBs Wealth Management division assumes that Italy’s GDP may go to zero this year due to the epidemic, but remains positive on Italian government bonds due to the support of the ECB and an expected narrowing of the spread once the fear decreases.
“While volatility in Italian assets will remain high until there are signs that the country has managed to contain the circulation of the virus, we remain positive on Italian government bonds which continue to offer a satisfactory return compared to other countries on the periphery of Europe and remain supported by ECB purchases,” said Matteo Ramenghi, chief investment officer of Ubs Wealth Management Italy.