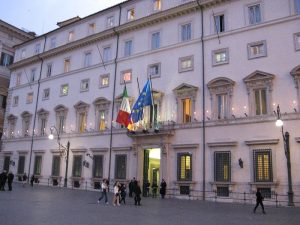 The Council of Ministers recently approved a new Law Decree introducing urgent provisions on international protection and immigration, basing on a proposal from the its President Mr Giuseppe Conte and the Minister of the Interior Mr Matteo Salvini.

This provision intervenes on the recognition of international protection measures already regulated at European level, such as refugee status and subsidiary protection, and the number of residence permits issued for humanitarian reasons, suppressing the discretion in granting humanitarian protection, and introducing a fix list of cases for protection, indicating specific requirements for applicants. In particular, the Decree identifies six objective cases related to the recognition of asylum, which, according to it, can be granted to victims of serious labour exploitation, trafficking, domestic violence, natural disasters, people who made acts of particular civil value, people in need of medical care.

The Territorial Commissions will be able to assess the existence of other conditions hindering the rejection, in cases where the applicant may incur in a risk as a consequence of the expulsion order.

A specific procedure is provided for applications submitted at the border, after the foreign national has been stopped for having circumvented or attempted to circumvent controls, providing for the detention of asylum seekers in order to establish their identity or nationality.

The number of crimes which entail the revocation or denial of international protection, such as in case of a final conviction or in the case of a defendant considered socially dangerous, is increased. For these types of crimes, in the event of a conviction at first instance, the procedure for granting protection is suspended and the foreign citizen is expelled. Special urgent measures are introduced to ensure the effectiveness of the repatriation measures for foreign citizens who do not have the right to stay in our country, by extending from 90 to 180 days of the maximum duration of the foreigner detention in the Detention Centers for repatriation.

Some important innovations have been introduced also in the law on the recognition of Italian citizenship. In particular Art. 13 of that Decree containing “Provisions on the acquisition and revocation of citizenship”, modifies Law no. 91 of 5 February 1992.

The approval by the Council of Ministers of this draft of Law Decree modifying the rules on immigration, international protection and the granting and revocation of Italian citizenship has aroused great concern for all the associations and organizations of the National Asylum Table, in relation of its imminent promulgation and entry into force through conversion into Law. The National Asylum Table asks to intervene with parliamentary hearings in the legislative process, highlighting the obvious restriction on the rights and freedoms of persons. In fact, the abrogation of the residence permit for humanitarian reasons risks to produce very negative effects and to generate new irregularities.

According to the abovementioned associations, it is incomprehensible to choose to substantially reduce the public system of hospitality in favour of extraordinary structures, being the former the only one which ensures the paths of social inclusion and full transparency in the management of funds. It is highlighted the repetition of measures that have already proved to be ineffective as well as unfair, such as the extension of administrative detention while pending the expulsion, in addition to the introduction of detention in the first phase of arrival.

As for the innovations introduced in the procedure for the recognition of Italian citizenship, there are strong profiles of unconstitutionality in the provision of income requirement to be referred to in order to access this procedure. Moreover, the extension of the procedural deadline to obtain a response on the requests, prevents a judicial protection in a reasonable time against the silence of the Public Administration, based on the principles of speed and economy of the investigation phase in the new administrative procedure. It would therefore be appropriate for the competent Institutions not to allow such an obvious breach of the principles of the Italian Constitution and to open a serious discussion on the necessary reforms in the field of immigration and asylum throughout Europe.