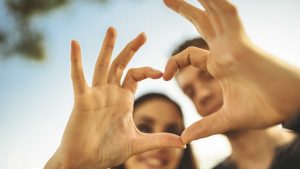 With the entry into force of Law no. 76 of 20 May 2016, civil unions between persons of the same sex and de facto cohabitations were also introduced into Italian law. This measure has thus made it possible to extend the rights of heterosexual and homosexual de facto couples. The term civil union refers to the registered partnership of two persons of the same sex, which results in a change in the marital status of the parties. The obligations and rights deriving from civil union are very similar to those deriving from marriage, with the exception of adoption (also of the children of the other partner) not yet provided for in Italy.

Therefore, in the light of the new legislation, a non-EU citizen who has signed a contract of cohabitation with an Italian citizen, will be among the cases of family members of EU citizens facilitated on entry and residence in Italy, both in the case of same-sex couples and heterosexual couples. In fact, Article 3 of Legislative Decree no. 30 of 6 February 2007 establishes that each host member state shall facilitate the entry and residence of the partner with whom the EU citizen has a stable relationship, duly certified by the reference state.

In all these cases, it will therefore be possible to apply for a residence card for a family member of an EU citizen.

But what happens, instead, to de facto couples not regulated by the civil union?

In the absence of a Circular of the Ministry  implementing the law on civil unions, which should clarify the analogy or not of the extension of the above cited legislation to couples more uxorio, the crucial issue is the impossibility for mixed de facto couples – in cases where the foreign citizen cohabiting is not yet in possession of a different title of residence in Italy – to prove stable cohabitation with registration, in order to obtain a residence card as a family member of the EU. This may occur, for example, when the residence permit of the cohabiting partner is a short-stay visa, which in itself is not suitable for registration at the Municipality.

With an important sentence, the Council of State intervenes to legitimize the issue of a residence permit for family reasons under Article. 30 of the Consolidated Act on Immigration to the partner of a citizen of the European Union with whom he has a stable relationship of cohabitation, provided that it is proven by official documentation, regardless of the registration (ruling of the Cons. St. section III, Oct. 31, 2017 No. 5040).

In light of this address, if the couple is resident in Italy, in order to legalize the cohabitation, it will be necessary to fill out a special form of “Declaration for the establishment of the cohabitation de facto” signed by both applicants.