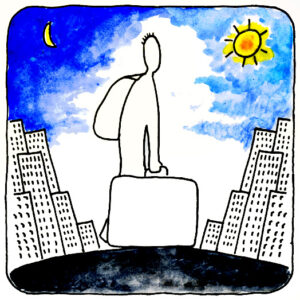 The new security decree approved by the Council of Ministers brings important innovations in the field of immigration.

First of all, with regard to expulsion orders, for which today the ban on expulsion and rejection is still in force in the event that repatriation exposes the individual to a risk of torture, a new hypothesis has been introduced: “the risk of being subjected to inhuman or degrading treatment”.  In these situations, a residence permit for special protection is issued, subject to a positive opinion of the Territorial Commission for the Recognition of International Protection.

In addition, the decree provides for an extension of the powers attributed to these Commissions. According to the decree, the Commissions are now called to decide also on situations “different from those of international protection”. Such as, for example, the cases of “prohibition of expulsion for foreigners in particularly serious health conditions”.

Not secondary aspect is represented by the possibility for asylum seekers to apply for registration to the Italian Anagrafe office and thus obtain an Italian identity card, a hypothesis excluded by previous Decrees.

Another important innovation concerns the timing for obtaining Italian citizenship. The maximum term of the procedures for the recognition of Italian citizenship has been reduced from 48 to 36 months from the date of the submission of the application by the foreign citizen. Although it should be emphasized that this is not a retroactive provision and that, therefore, it will only concern applications submitted in the future and not those already under scrutiny by the competent authorities.

Finally, the new decree on immigration and security also addresses the issue of the convertibility of residence permits issued for other reasons into work permits. In addition to the categories of convertible permits already provided, there are those for special protection, calamities, elective residence, acquisition of citizenship or stateless status, sports activities, artistic work, religious reasons and assistance to minors.