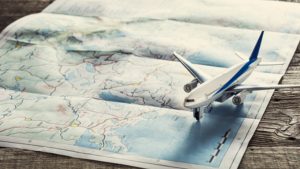 Some rules provision contained in the Ordinance signed by the Italian Minister of Health has been modified in the past days.

These rules are applicable until the 31st of July and, after that, could be subject to variations.

Until 31st of July, entrance to Italy is forbidden for people who, in the 14 previous days, stayed in or transited through any of the following Countries: Armenia, Bahrain, Bangladesh, Bosnia Herzegovina, Brazil, Chile, Kosovo, Kuwait, North Macedonia, Moldova, Montenegro, Oman, Panama, Peru, Dominican Republic, Serbia (for Kosovo, Montenegro and Serbia the ban applies from July 16, for all other Countries on the list the ban applies from July 9). The only exceptions to this rule are the following:

Furthermore, since July 9, all persons travelling to Italy from any foreign location are required to provide a new self-declaration at their entrance, which can be downloaded on the Foreign Affairs Minister website.

The main measures for travel to or from Italy entered into force from 1st July are still applicable.