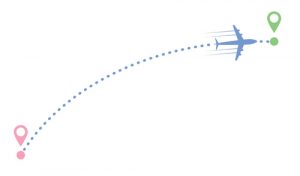 What is an Airport Transit Visa?

An Airport Transit Schengen Visa is conceived for travellers who have a stopover at a Schengen airport. This Visa allows them to stop and wait for their flight to their destination country in the international transit area of a Schengen airport. This Visa does not allow their holder to leave the international transit area of the airport, even if he/she has to wait overnight.
Note that not all travellers need an Airport Transit Visa to do a stopover at a Schengen Airport. Often, this visa is not required.

Who is required to hold an Airport Transit Visa?

Airport Transit Visa is only required to travellers who need to pass through any of the EU Member States to change their flight and who are nationals of one of the following countries: Afghanistan, Bangladesh, Democratic Republic of Congo, Eritrea, Ethiopia, Ghana, Iran, Iraq, Nigeria, Pakistan, Somalia, Sri Lanka, Senegal and Syria.
However, the following categories of travellers are exempted from the requirement of an Airport Transit Visa despite being nationals of one of the aforementioned countries,:
• Holders of a valid uniform Visa, or residence permit issued by a Member State of the EU;
• Holders of a valid residence permit issued by Andorra, Canada, Japan, San Marino Republic or USA, which guarantees an unconditional return to those countries. Note that not all the residence permit issued by one of these countries guarantee the exemption for the transit visa;
• Travellers having relatives who are citizens of an EU Member State;
• Holders of a diplomatic passport;
• Third-country nationals who hold a valid visa issued by a Member State or by a State party to the Agreement on the European Economic Area of 2 May 1992, or by Canada, Japan or the United States of America;;
• Members of an aircrew, who are citizens of a Member State of the Chicago Convention on International Civil Aviation.

The validity of an Airport Transit Visa is strictly limited to the duration of the transit.

1. Preparation of the necessary documentation;
2. Application for the Transit Visa at the competent Italian Consulate abroad.