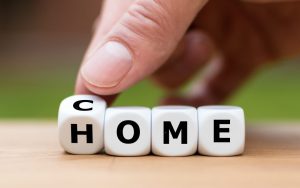 The Growth Decree (Legislative Decree no. 34/2019), in force since May 1, 2019, provides for important new measures on the tax regime applicable to impatriate workers introduced by Article 16 of Legislative Decree no. 147/2015, which allowed to tax 50% of the income produced in Italy for a period of 5 years for all workers who transferred their tax residence in the territory of the State. According to the previous version of the cited art. 16, the favorable regime was applicable to two different categories of taxpayers; in particular, according to the first paragraph of the cited art. 16, workers who met the following conditions were entitled to the benefit:

(a) those who have not have been resident in Italy during the five tax periods preceding the transfer and undertake to remain in Italy for at least two years;

(b) those who carry out their activity mainly in Italy with a company resident in the territory of the State on the basis of an employment relationship established with that undertaking or with companies in the group;

Subsequent paragraph 2 of art. 16, then, extended the same tax benefits to the persons referred to in art. 2, paragraph 1, of Law no. 238/2010, or to citizens of the European Union, who had resided continuously for at least 24 months in Italy and who, although residing in their country of origin:

– were in possession of a university degree, had continuously carried out a work activity, whether employed or self-employed, or a business activity outside their country of origin and Italy in the last 24 months or more;

– have continuously carried out a study activity outside their country of origin and Italy in the last 24 months or more, obtaining a degree or post-graduate specialization.

The Growth Decree intervenes on the regulatory framework described above by making changes aimed at strengthening and simplifying the facility.

Article 5 of Law Decree 30 aprile 2019, n. 34 has, first of all, intervened on the percentage of exemption for income produced in Italy (previously set at 50%) which is raised to 70% with an undoubted advantage for taxpayers who can join the favorable regime. In addition, this percentage is raised to 90% for those who move their residence in the regions of Abruzzo, Molise, Campania, Puglia, Basilicata, Calabria, Sardinia and Sicily.

With respect to the duration of the benefit (fixed at 5 years), some assumptions exist in relation to the extension of the same. This refers in particular to the possibility of applying the facility for a further 5 years:

– if the worker has a minor or dependent child, also in pre-adoptive foster care;

– if the worker buys a residential property in Italy after the transfer to Italy or in the 12 months preceding the same (the home can be purchased directly by the worker or by the spouse or children or by the cohabiting partner also in co-ownership).

In these cases, for the remaining 5 years, 50% of the income is taxable. If the worker has at least three children in the above conditions, the tax rate is set at 10%.

Finally, the new regime is applicable to persons who transfer their residence to Italy from 1 January 2020.

The decree now in force considerably simplifies the subjective scope of application which, as is well known, had generated considerable problems of interpretation (think, for example, of the case of the worker who returned to Italy after a posting abroad, a case which has been the subject of various interventions by the administrative practice).

In this regard, the benefit is applicable to taxpayers who transfer their residence to Italy pursuant to Article 2 of the TUIR and who:

– have not been resident in Italy in the two tax periods preceding the transfer and which undertake to reside in Italy for at least two years, and;

It is specified that employees, self-employed persons and holders of incomes similar to salaried work (a category already previously included in administrative practice) may benefit and the new wording of paragraph 1- bis of Article 16 extends the scheme referred to in paragraph 1 and paragraph 2 of Article 16 to the persons who start a business in Italy, as from 1 January 2020.