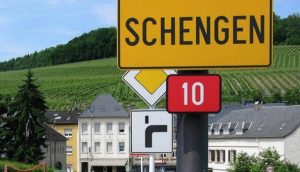 The Schengen Agreement, signed 35 years ago in the Luxemburg’s city from which it takes its name, has never faced a total suspension, since during history only temporary suspensive measures by singles states have been adopted. However, the spread of the COVID-19 virus has forced the Schengen countries, more than ever, to balance the attempt to safeguard the health and security of their citizens with the freedom of movement and travel that represents the pillar of the Agreement.

Despite the fact that at the beginning of the crisis, the EU insisted in maintaining the borders open while affirming that internal checks were not necessary nor a useful measure to stop the virus, this position has been changed in the past weeks and several Schengen countries started to introduced border controls and checks, barring the entry to non-EU as well as EU citizens even before the EU Commission endorsed the decision to temporarily suspend the Schengen area of free movements.

As for the decision to suspend the Schengen Agreement and thus to close the external borders of the Schengen area, the EU has provided guidance to Member States and other associate countries on how to manage the border closure. Third country nationals are included in the list of travellers banned from entering the Area but there are exceptions:
• EU/EEA citizens and members of their families.
• Third-country nationals holding a residence card or a residence permit issued by an EU/EEA country.
• Third-country nationals who derive their right of residence from other European Directives or from the national law of a Member State.
• Holders of a long-stay visa, including persons with a temporary residence permit.
• Personnel working in Health Care.
• Border workers.
• Persons employed in the transportation of goods, where necessary.
• Diplomats and personnel of international and humanitarian organizations.
• Military personnel.
• Persons who have compelling reasons to visit their families.
• Transit passengers.
• Persons in need of international protection (the border procedure applies in full) and those who are admitted for humanitarian reasons.

Although at the moment it appears that no further and more strict measures will be adopted, it is worth to consider the possible scenario in the event that the Agreement should be totally suspended or such suspension extended even after the pandemic crises. First of all, the Schengen Visa – which allows travellers to freely move within the countries of the Schengen area – would no longer be needed. Instead, they would have to apply for a separate visa for each country they would intend to visit. For the Member States, this would mean to create new regulations, procedures and fees for the entry and stay in the country. Furthermore, each country should provide its own visa-free list and thus enter into new agreements with countries in order to establish this regime.